They got married in April. Originally the plan was to wed beneath the old Pecan tree beside the stables, but you know what they say, ‘April showers bring May flowers’ and the rain came down and their ceremony was moved into the barn.

Kim and Brandon did not fret, after all, a horse does feel at home in a stable. 😉 YES, they had a HORSE.

We met with Kim’s parents, Donna and Tim, in Arizona a week before the wedding and her mother says that Kim grew up on a small horse farm riding horses and that Vinewood Plantation reminded her of her upcoming. What better reason to have the wedding there?

The rain set the tone for a formal and calm ceremony, full of sweetness, dreamy lighting from the hanging string lights, and beautiful florals hanging above them. Coral Peonies, White Lilies, Pink Firess Roses, Lydia Spray Roses, Purple Thistle, and Pink Astibe to be exact. 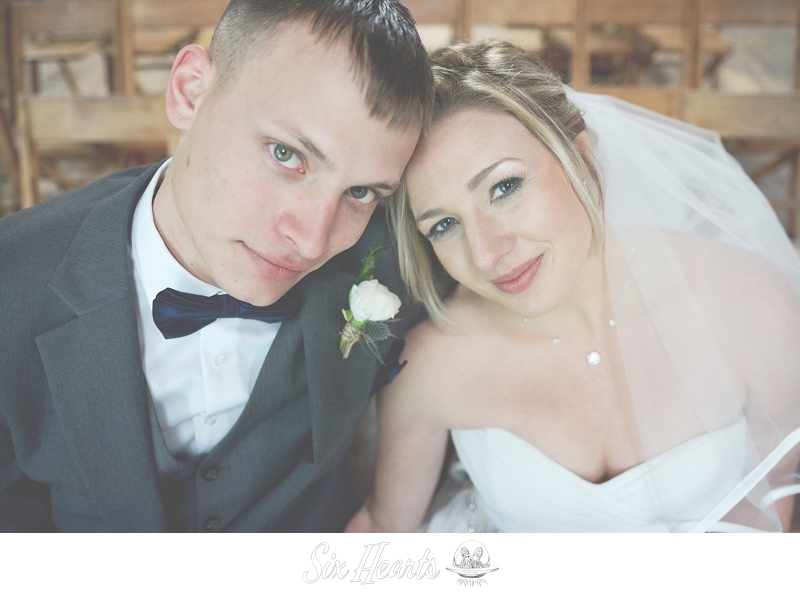 The wedding day began upstairs with Elizabeth Sloan doing Kim’s hair; makeup was already done by Jaime Marsau. Her dress was placed, her cowboy boots ready, and bridesmaids sipping on champagne while wearing monogrammed bath robes gifted to them by the bride and groom.

As soon as Kim was dressed in her Winnie Couture, a high end bridal gown brand with a modern flair, and Brandon in his Gray suit and Navy bow tie, they met with their eyes covered in the dining room, ready for a first look at one another. It was adorable. Both of them had the kind of smile that hurts your face after you’ve done it for a while; you know, big and full smiles that are contagious.  After that, we moved into their couples session and all became BFF with the horse in the stables. YAY.

Kim and Brandon were really trusting, something every photographer adores; they were happy the entire time, laid on the barn floor for us, Kim got on the horse for us, didn’t mind the bit of mud on the bottom of her dress, and more. 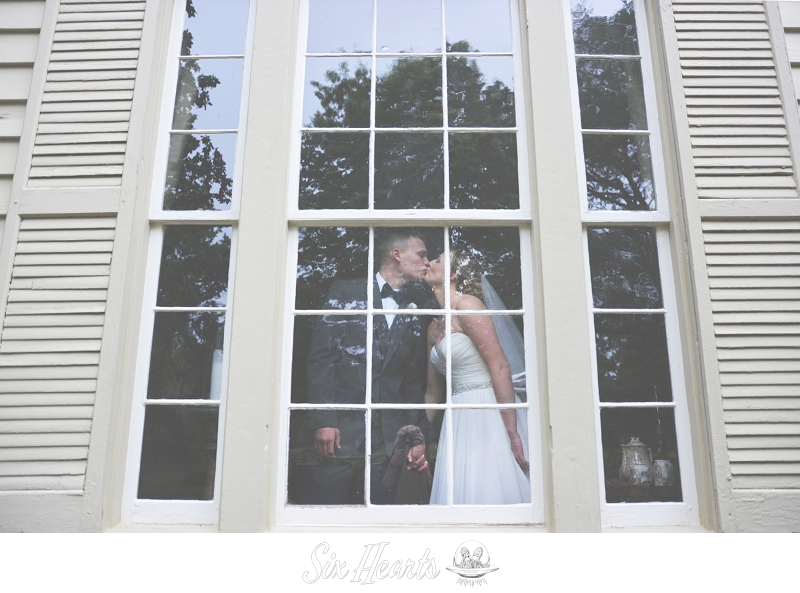 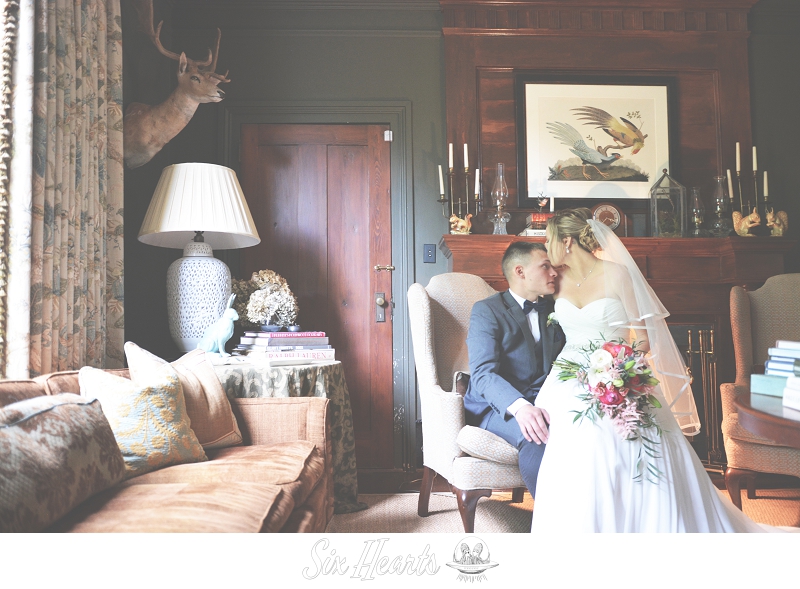 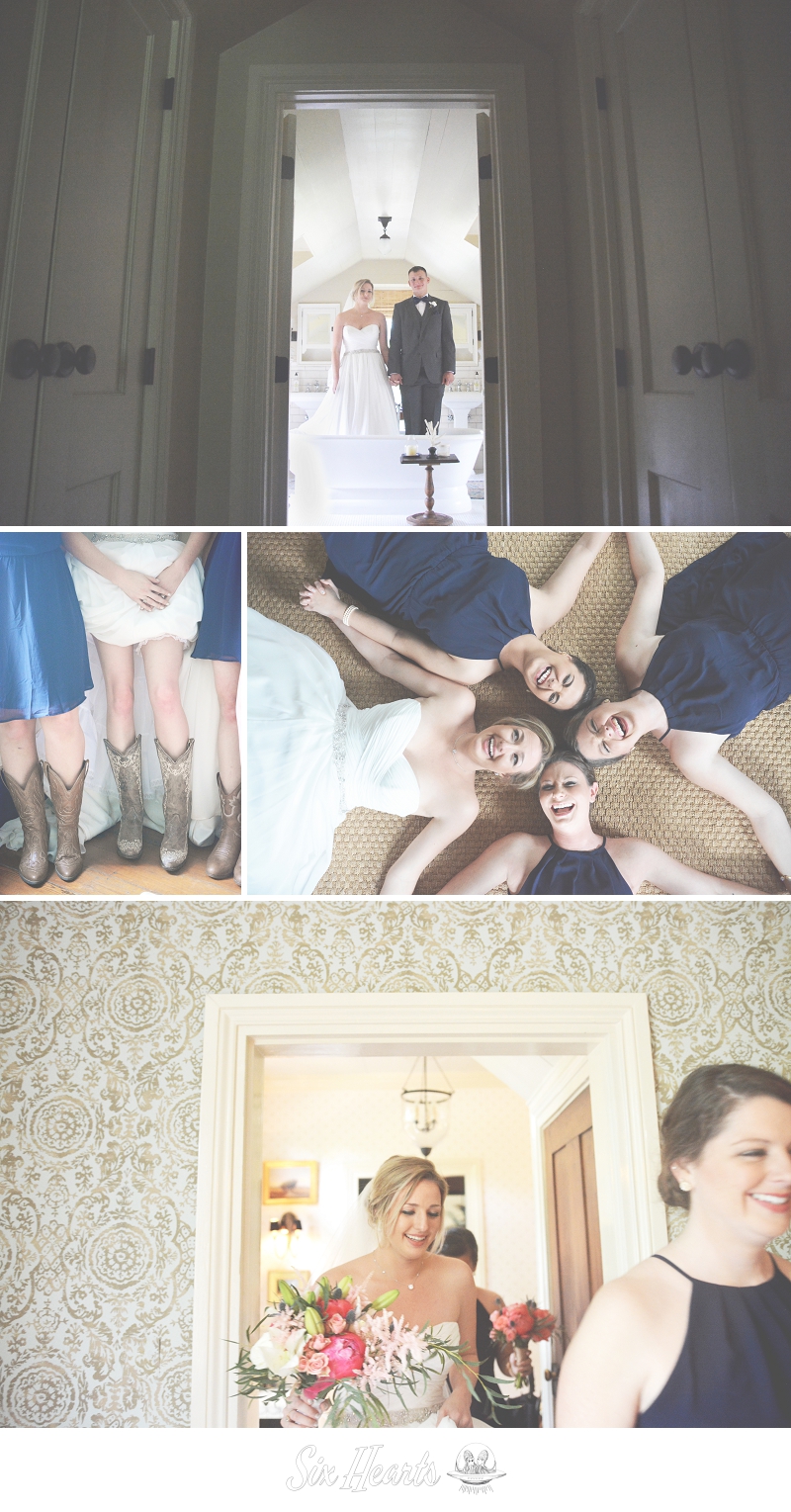 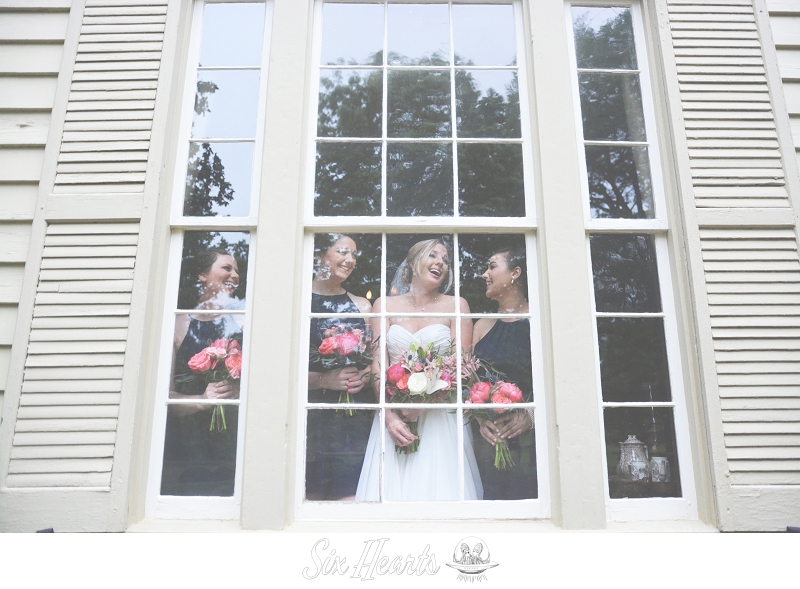 After their session, we moved onto bridal party photos. The Bridesmaids wore Navy Nordstrom dresses paired with Cowboy boots and pink bouquets from Southern Stems. They pretended to be The Babysitters Club while the guys chowed down on some sandwiches on the porch and cleverly played with some Croquet equipment.  One thing they both did? Show us some leg. Ow ow!

There was burlap draping from the stables ceiling and mismatched chairs lined up for the ceremony, giving it a rustic chic vibe. Kim and Brandon exchanged vows and rings then walked their way back down the aisle together as husband and wife. 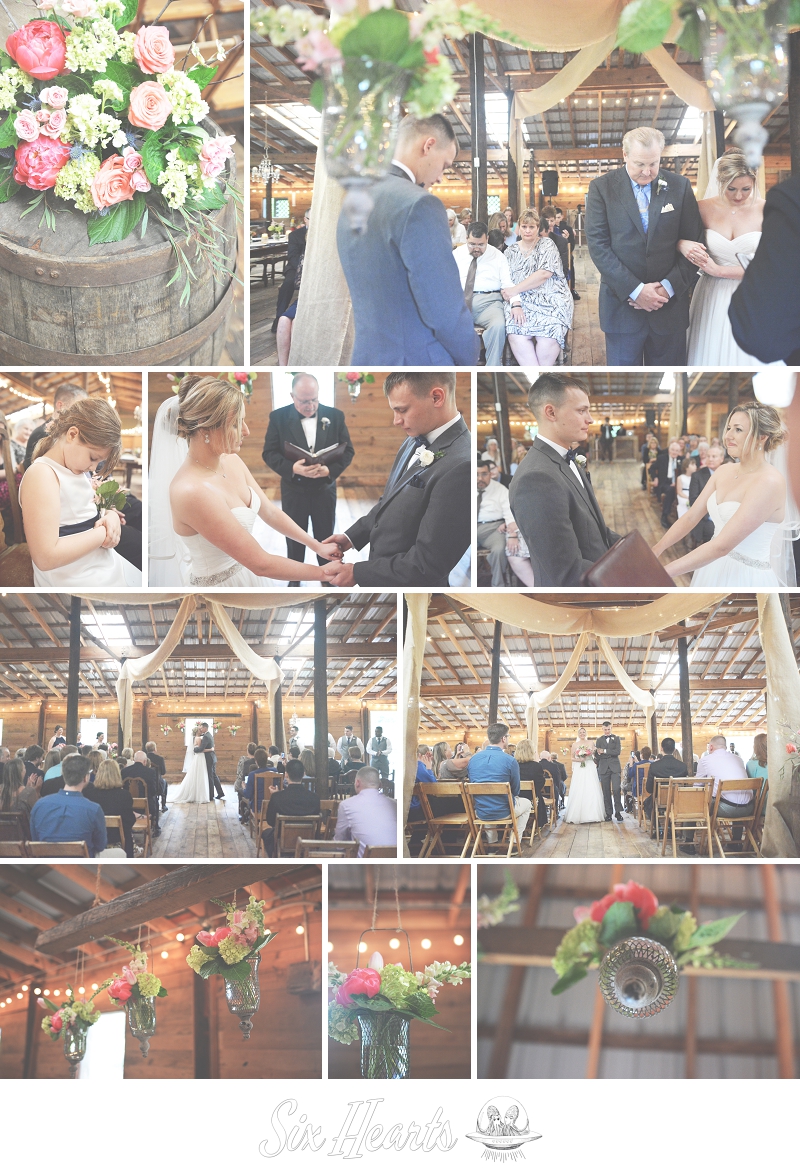 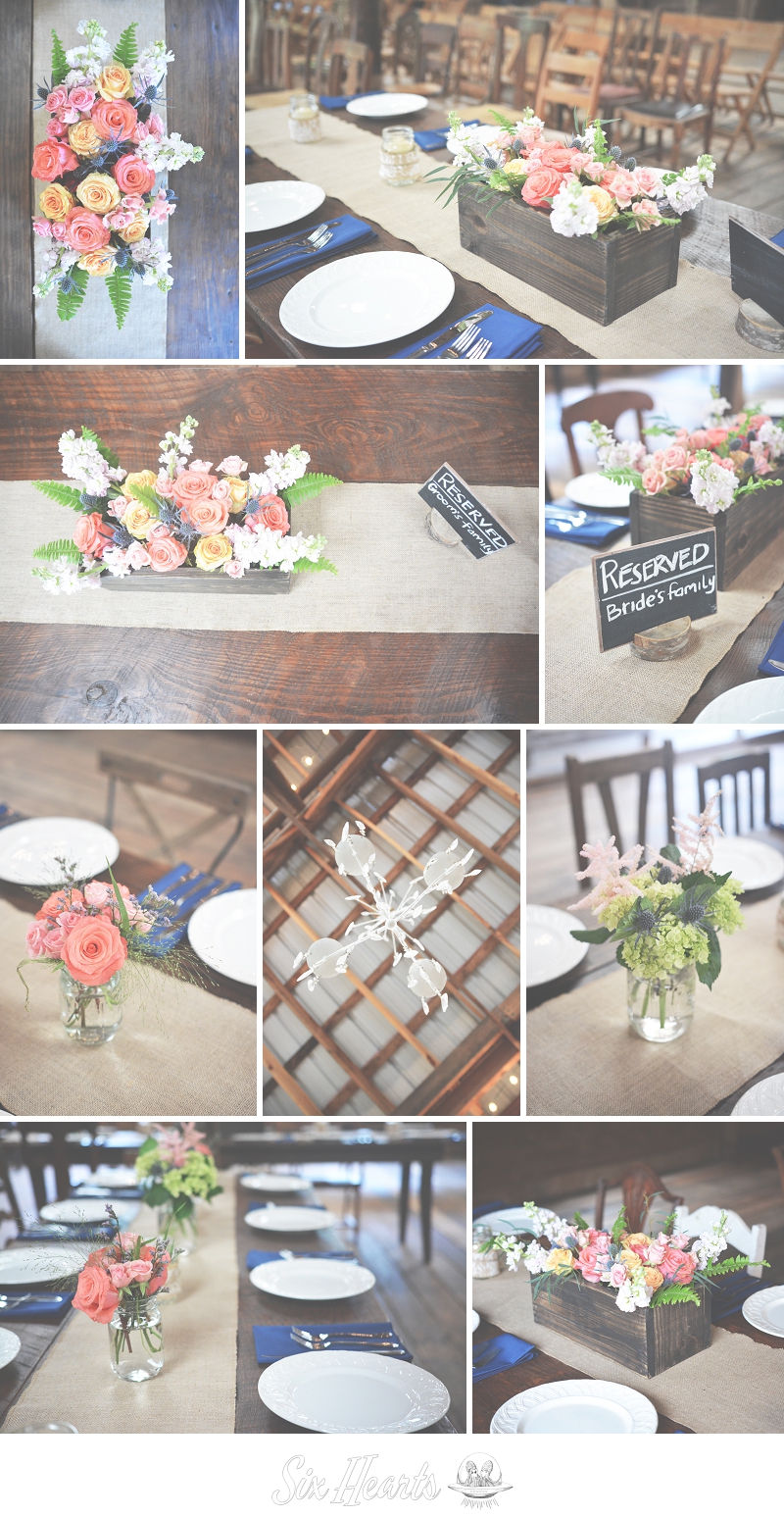 After their ceremony, a cocktail hour began, followed by a buffet catered by Simply Catering, a West GA event caterer.

WARNING: all of the photos below may make you extremely hungry and we will not be held responsible. 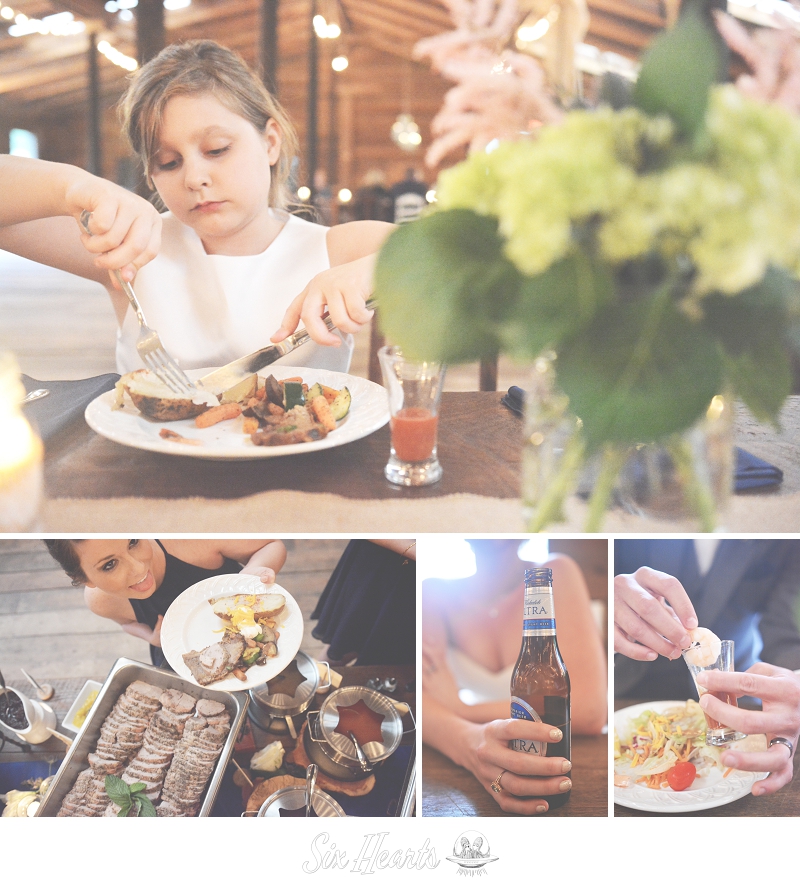 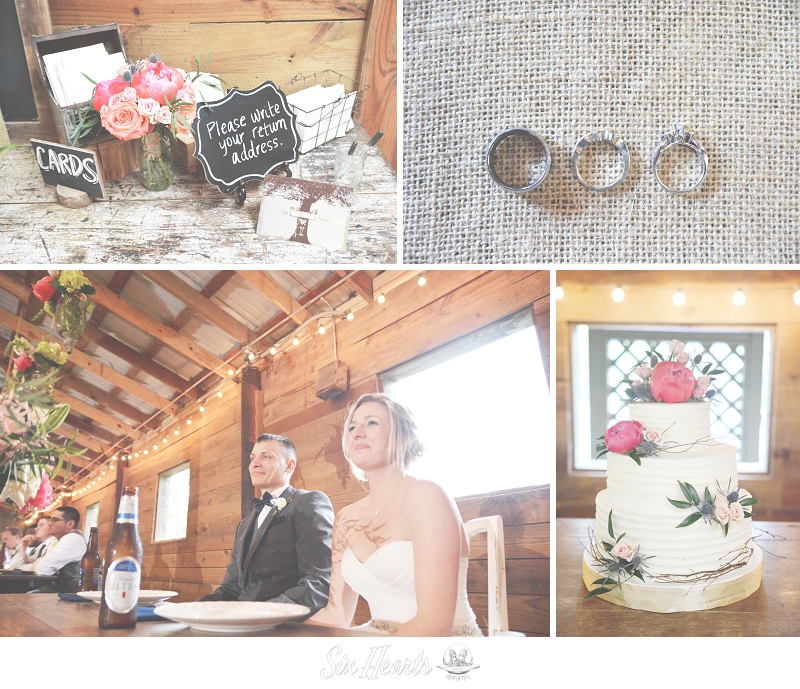 Their reception began with their first dance, a father daughter dance, a mother son dance, cake cutting, and toasts before moving into party time.

Dj Cuttlefish created an ambiance for the dance floor with lights and amazing mixes, soon filling it up with some grooving people, including some cowboy hat wearin’ ones.

Guests also entertained themselves with RobotBooth, Atlanta’s best and the planets most unique photo booth ever, interacting with one another, taking their photo strips home as party favors, and leaving Kim and Brandon with the ultimate guest book. 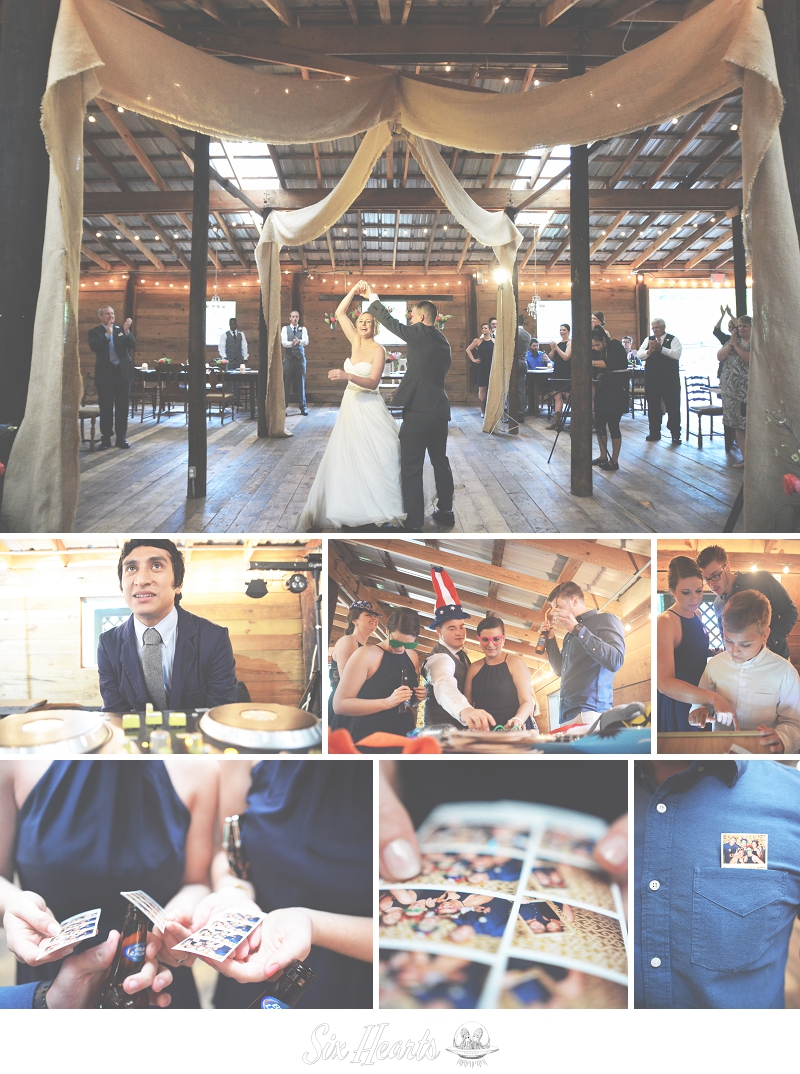 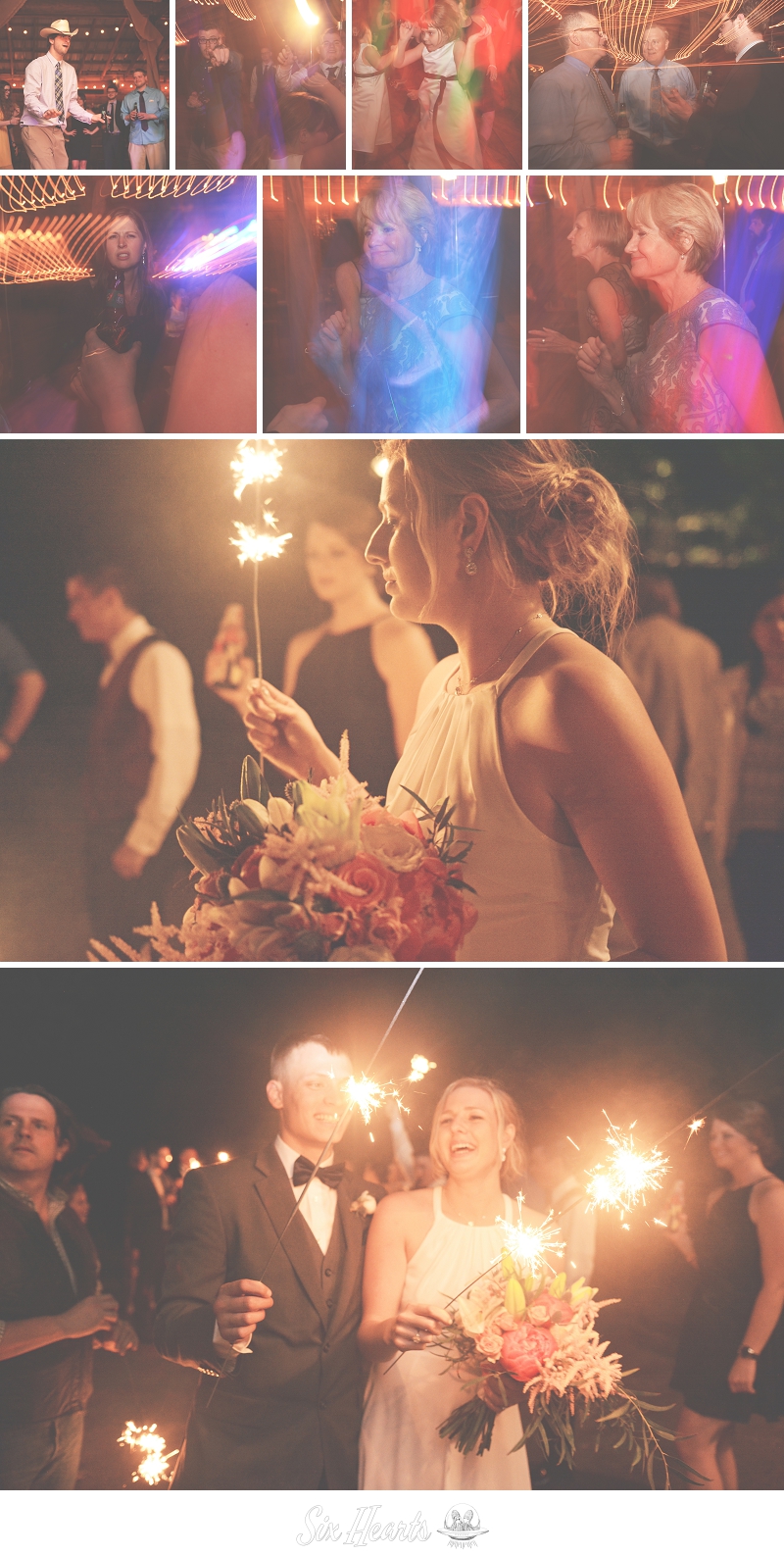 Their night ended with a grand exit of sparklers, groomsmen pushing cars out of the mud, and tons of laughter. They had us for an extra thirty minutes, so Schellie gave them a ride to their hotel while William drove their vehicle behind us. We’d say this day was pretty successful. Thanks, guys!

Sound and Light: Dj Cuttlefish from Far Out Galaxy 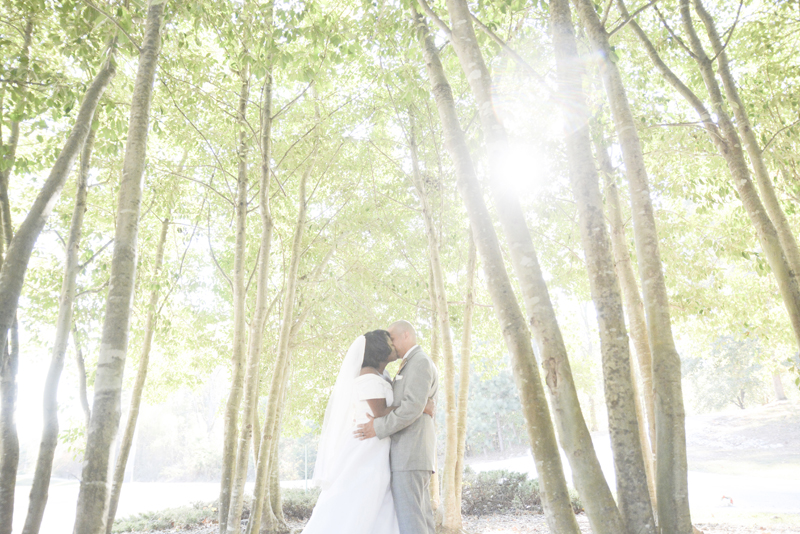 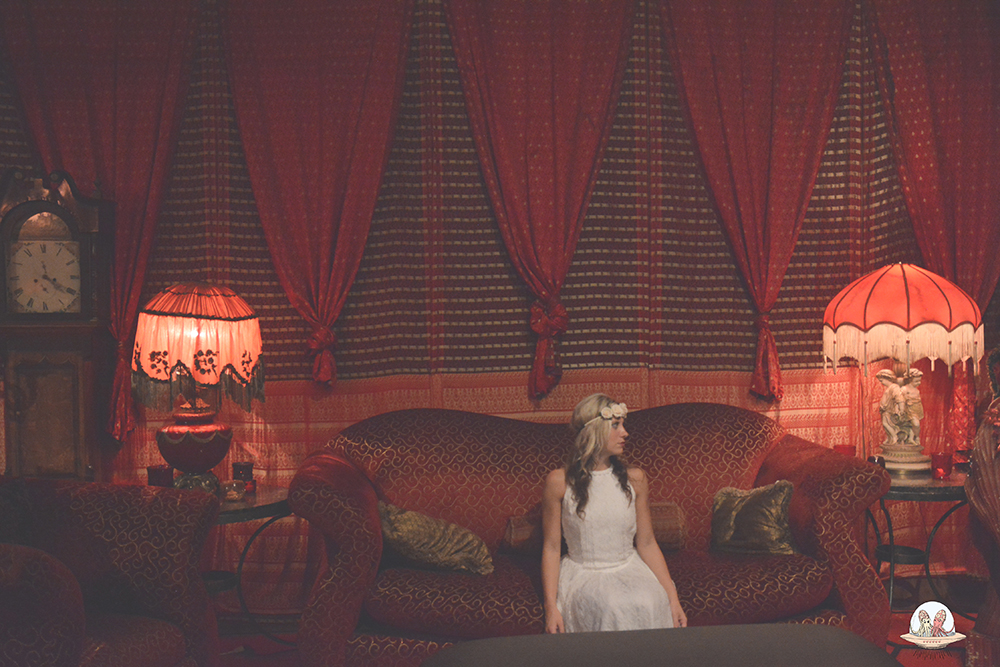 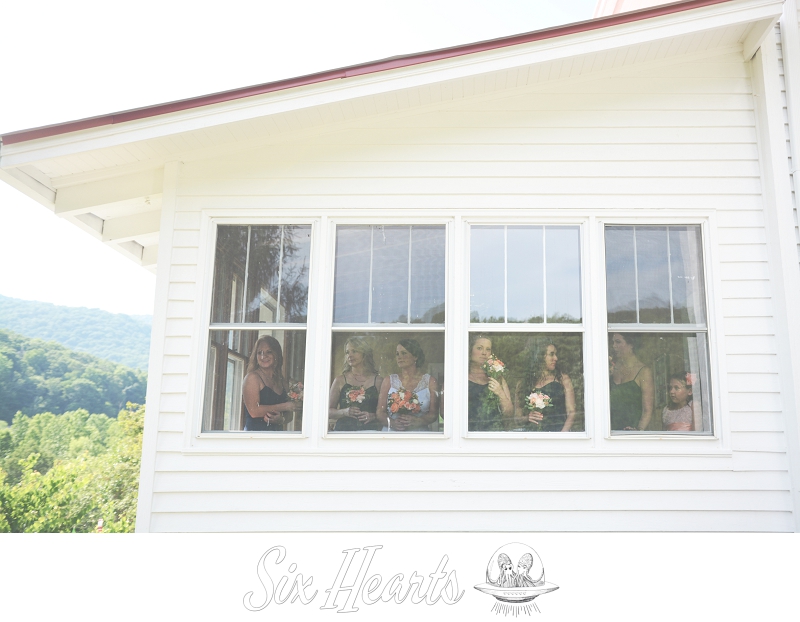 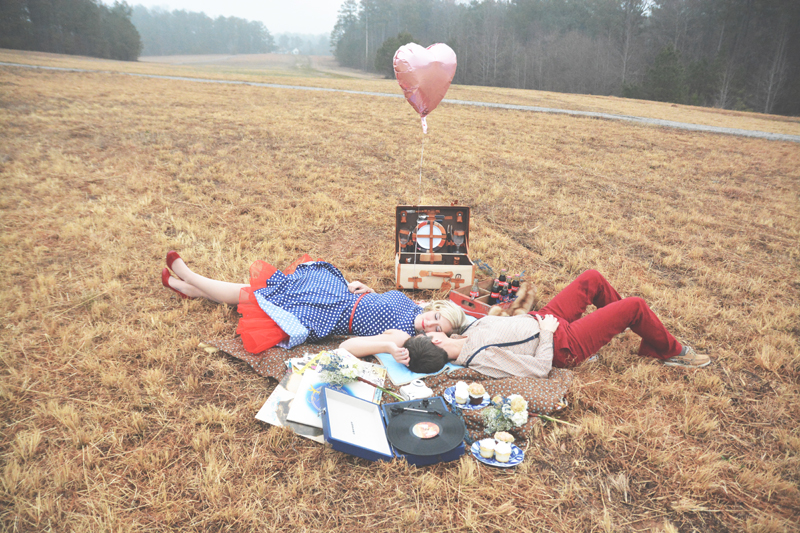